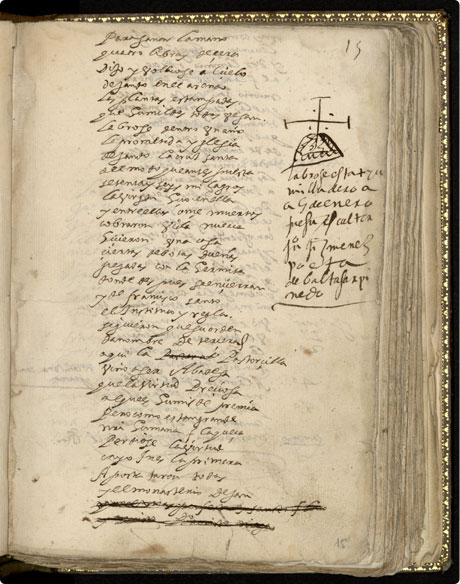 One of Many Fascinating Manuscripts on Manos

An autograph manuscript in Tirso de Molina’s hand (aka Gabriel Téllez), the first part in the trilogy of Santa Juana, about a nun from a town outside Toledo, her visions, and the trials and honors conferred on her in earth - and the latter in heaven.

The heart of Manos is a database that provides information, based on handwriting analysis and other details, about the identity of the people who created the manuscripts—whether those are the playwrights themselves, or professional copyists, actors or other theater company members, or just theater aficionados.

The database can help researchers in various ways:

Images from the Spanish National Library appear thanks to an agreement with the Library.